Posted by Dizzyki Curly Coated Retrievers on 19/12/2013
Posted in: Stewart. Leave a comment 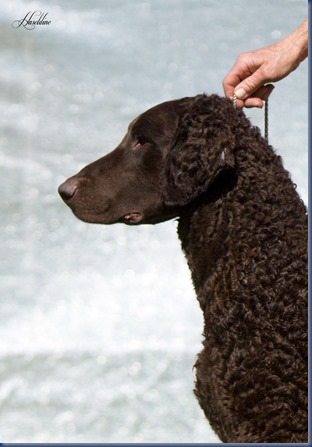 Stewart ( affectionately known as Stewbear)  has been living at Dizzyki since September and we have just had an exciting litter of puppies from him to Boomer. (A Ch Dizzyki TC Garde Tangerine)

Whilst here in SA he has had success in the show ring with a Runner up to Best in Group ( Group 2) and numerous Best of Breeds.

He is due to go home at the end of December. He will be very much missed, as he settled in so well and became part of our family.

Our thanks to Tony Eales  and Jennifer Kofron for allowing us to have Stewart here.